Deprecated: The $control_id argument is deprecated since version 3.5.0! in /home/katiynwl/domains/lrfzim.com/public_html/wp-content/plugins/elementor/modules/dev-tools/deprecation.php on line 304

Deprecated: Function Elementor\Widgets_Manager::register_widget_type is deprecated since version 3.5.0! Use register instead. in /home/katiynwl/domains/lrfzim.com/public_html/wp-includes/functions.php on line 5381
 Pan- African Symposium on Violence Prevention - Legal Resource Foundation 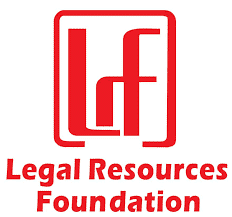 Legal Resources Foundation is calling on the government of Zimbabwe to massively step up its efforts to tackle violence against children. We welcome the fact that Zimbabwe is one of 12 African ‘pathfinding’ countries recognised by Global Partnership to End Violence Against Children for their commitment to raising awareness, stimulating leadership, galvanising action and establishing national violence prevention standards. But much more needs to be done.

This week, senior government officials and civil society representatives from over 30 African countries are gathering in Addis Ababa to participate in the Pan-African Learning Symposium on Violence Prevention, hosted by the African Partnership to End Violence against Children (APEVAC). Its aim is to kick-start action to end violence against children, but participants know they are faced with an undeniable trend: despite the gradual introduction over previous decades of better laws and policies, Africa still has some of the highest rates of violence against children in the world.

To highlight just some of the latest alarming findings from African Child Policy Forum (ACPF), at least six out of ten boys and half of all girls in Africa experience physical abuse; one in four children suffer sexual violence; three million girls are at risk of FGM every year; 40 percent of boys in residential care institutions suffer physical violence; and sub-Saharan Africa has the highest rates of child trafficking in the world.

The government of Zimbabwe must do more to tackle the entrenched causes of violence against children – such as social and cultural attitudes, gender discrimination, poverty and humanitarian crises. At the same time, it must pay far greater attention to new and emerging challenges caused by armed conflict, violent extremism and the COVID-19 pandemic.

Legal Resources Foundation is acutely aware of the financial constraints that African governments continue to endure in the post-pandemic economic slow-down. But we cannot allow the small gains made in tackling violence against children over the past thirty years to be wiped out by failure to invest in social and child protection programmes. On the contrary, this is the very time to be increasing funding, as violence against children has a significant harmful social and economic impact on society as a whole. The evidence is clear: violence against children is directly related to poor educational attainment, school drop-outs, job prospects and long-term poor health, has long-term impacts on productivity and adds massively to the cost of health and social care.

Given the current economic uncertainty, violence prevention programmes funded by international donors and NGOs remain essential. However, the roots of the problem lie here in Africa, with deep-rooted traditional attitudes and practices towards children – especially girls – a significant barrier to success. Violence against children will only be eradicated when Africans themselves take responsibility, so it is particularly frustrating that effective strategies, good practices and home-grown African solutions to prevent violence against children exist and have been proven to work, but are largely ignored. Global efforts to tackle violence against African children often fail to acknowledge indigenous systems of child protection which could be promoted and replicated across the continent.

It is 30 years since the African Charter on the Rights and Welfare of the Child – better known as the African Children’s Charter – was adopted. Most African governments, including that of Zimbabwe are signatories to both the African Children’s Charter and the United Nations’ Convention on the Rights of the Child (CRC). Yet every day, millions of children across the continent face abuse, exploitation and discrimination. Violence has devastating impacts on a child’s dignity, physical and mental wellbeing, development and life chances. Children with disabilities or albinism, those in residential care or living and working on the streets, and those caught up in humanitarian crises and armed conflict are most at risk from violence, while better digital connectivity and pandemic lock-downs have driven an increase in online sexual abuse.

Whilst we applaud our government’s participation in the Addis Ababa meeting, and its commitment as a ‘pathfinding’ nation, it is clear that both financial capacity and political will are in short supply. Legal Resources Foundation calls on all governments, the African Union and the Regional Economic Communities to scale up investment initiatives to end violence against children. Eradicating this stain on our collective conscience is one of the most important priorities of our time.